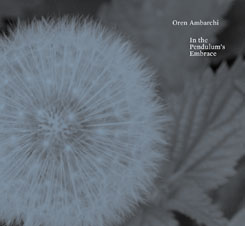 Oren Ambarchi continues his otherworldly investigations with “In The Pendulum’s Embrace”, a dark twin to his landmark 2004 album “Grapes From The Estate” [Touch # TO:61]. Returning again to the hallowed halls of BJB Studios in Sydney, Ambarchi expands the scope and range of his unique musical language, incorporating an even broader pallette of instrumentsand sensibilities. Despite the use of glass harmonica, strings, bells, piano, percussion and guitars, it’s startling that the world created is still unmistakably his own, and that there is such a cohesion of vision throughout the albums’s three lengthy pieces. With this record there’s an even more tenuous coexistence of fragility and density; sounds as light as air mingling with wall shaking low-end. The converted already know the kind of trance-inducing euphoria of Ambarchi’s music. Newcomers will be scouting the back catalogue…